Ecuador’s Vice President Jorge Glas was reportedly arrested by the Police at his residence in Guayaquil and jailed on Monday after the Supreme Court ordered his arrest for allegedly taking bribes from a Brazilian construction giant involved in a sprawling regional graft scandal.

Minutes before turning himself in, Glas posted a video online in which he said he would abide under protest the arrest order even while arguing that the case against him was based on lies, false testimony and procedural errors.

“Those who are innocent have no reason to flee,” said Glas in the video, in which he also urged supporters to continue fighting to defend the legacy of former President Rafael Correa, who both he and Moreno loyally served. “Don’t give up, fight for your revolution.”

He also released an official statement in which he wrote of his innocence and an expected victory. 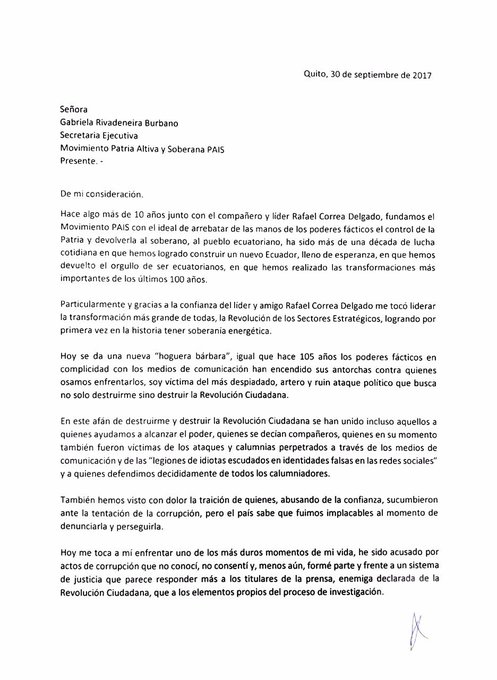 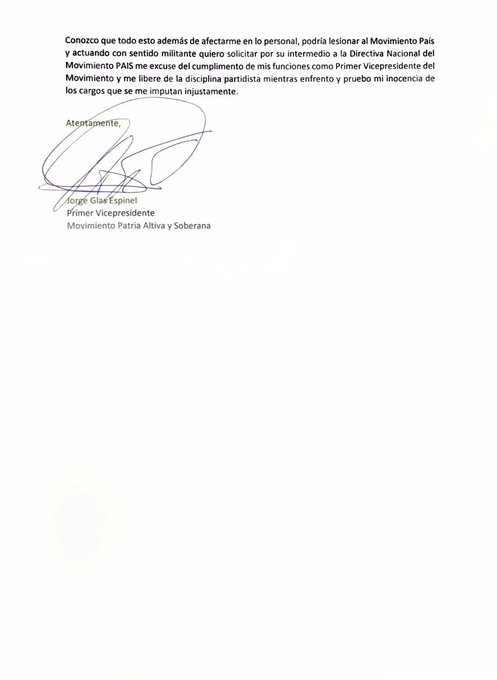 Several supporters and former aides came out after the arrest to express solidarity with Glas, who they say was stabbed in the back by his one-time ally, President Lenin Moreno, Independent UK reports.

Judge Miguel Jurado accepted a request from prosecutors that Glas be detained to guard against any attempt to escape.

Until Monday’s ruling Glas was free but barred from leaving the country.

Lee Burna
← Previous Story Buhari Receives Governor Obiano And Akeredolu At State House (Photos)
Next Story → Las Vegas gunman wired $100,000 to his girlfriend’s home country of the Philippines a week before he killed 59 people and injured hundreds of others